Rusty Meyers is a singer, songwriter, actor and musician, known for his traditional and mainstream country sound. With his talented, charming voice, he has been compared to George Strait and Alan Jackson. With the cowboy look and neotraditional style, Rusty is influenced by keeping to the main stream of country with a contemporary feel. Crafting his vocal delivery to keep his style modern and new with country roots.

Growing up in New Mexico and living in Wyoming, Arizona, and Oklahoma, Rusty was never strayed far from the country music scene. Even though his interest was not entirely in music, he has always loved being in front of an audience. He received a Bachelors degree in the Theater Performing Arts and performed in numerous plays. He later turned to country music after receiving such a positive reaction from the audience, it became his new love for performing. Rusty’s preference is singing country music, but he loves to sing and play all genres of music, including classical piano. Due to his diverse musical taste, he fashions his own style and sound.

Rusty recorded a few of his original songs in Nashville and is currently working on releasing new material. While Rusty is working on his upcoming songs, he is getting noticed from his performances and gaining support from local artists, fans, and promoters. Rusty has worked with charities, fundraisers, and has appeared on television, local papers and internet radio.

Performing around Tulsa, OK, Rusty has a quickly growing fan base and is becoming a familiar name. With his voice that people love, his popularity has increased with no signs of slowing down.

If you haven’t heard Rusty Meyers yet, you will want to. With his passion, expressiveness and drive, he is on the road to stardom. As he continues his pursuit with music, check out Rusty’s shows and join him on his exciting journey.

Music is your true voice. Doesn’t matter what language you speak or your age, it connects to the hearts of all people. 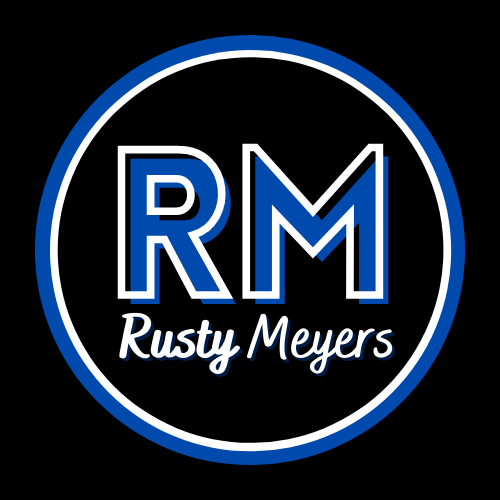 Email us and let Rusty Meyers perform at your next event.